FINALLY, A DEBT DEAL GETS DONE 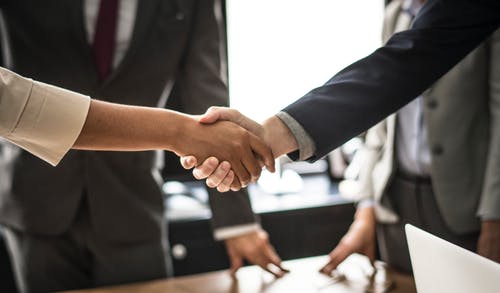 FINALLY, A DEBT DEAL GETS DONE

Here are the particulars of the Budget Control Act of 2011.

The Budget Control Act of 2011 is poised to become law – just in time to meet the August 2 Treasury deadline and reassure world financial markets. The framework of the new law is complex and shows that both Democrats and Republicans can claim some victories.

The federal deficit will be reduced by at least $2.1 trillion. That figure comes from the non-partisan Congressional Budget Office. The savings will be realized over a decade ... although it isn’t yet clear where the bulk of the cuts will be made.1

A bipartisan committee of 12 will have to recommend between $1.2 trillion and $1.5 trillion in additional federal budget cuts by November 23.

The debt ceiling will be raised by up to $2.4 trillion. It will be raised incrementally from the current $14.3 trillion level, dependent on a series of triggers:

Tax hikes for the rich? Not immediately. In a key Republican victory, the two-step bill does not include tax increases or new levies for those in the highest tax brackets. House Speaker Boehner said July 31 that the forthcoming 12-member committee could not approve tax hikes – it would be “impossible” under current federal budgeting rules. Yet with the expiration of the Bush-era tax cuts increasingly probable in 2013 and the possible elimination of some deductions and exemptions in the tax code to generate additional revenue, there is a good chance many Americans will pay out more to the IRS in the near future. The White House says $1 trillion could be saved alone by not extending the EGTRRA/JGTRRA cuts further.5

December isn’t that far away. Expect more drama on Capitol Hill as 2011 ends, with a chance of added volatility in our financial markets.

This material was prepared by Peter Montoya Inc, and does not necessarily represent the views of  The Retirement Group or FSC Financial Corp. This information should not be construed as investment advice. Neither the named Representatives nor Broker/Dealer gives tax or legal advice. All information is believed to be from reliable sources; however, we make no representation as to its completeness or accuracy. The publisher is not engaged in rendering legal, accounting or other professional services. If other expert assistance is needed, the reader is advised to engage the services of a competent professional. Please consult your Financial Advisor for further information or call 800-900-5867.

The Retirement Group is not affiliated with nor endorsed by fidelity.com, netbenefits.fidelity.com, hewitt.com, resources.hewitt.com,  access.att.com, ING Retirement, AT&T, Qwest, Chevron, Hughes, Northrop Grumman, Raytheon, ExxonMobil, Glaxosmithkline, Merck, Pfizer, Verizon, Bank of America, Alcatel-Lucent or by your employer. We are an independent financial advisory group that specializes in transition planning and lump sum distribution. Please call our office at 800-900-5867 if you have additional questions or need help in the retirement planning process.