Bitcoin: Fad or the Future? 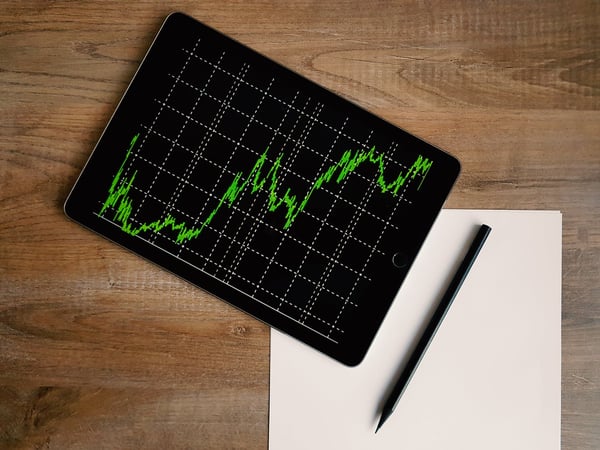 What if someone told you about an investment that has made some people millionaires overnight and has both a number of high-profile supporters and a global reach? Would you be tempted to invest? Now what if someone told you that the same investment also could lose most or all of its value almost overnight, and that you might not have access to your money when you need it? How does it sound now?

You've just confronted the debate surrounding the digital phenomenon known as Bitcoin. An alternative currency that exists strictly as digital code, Bitcoin has received a lot of attention. But is it an investment? A scam? A network of computers? The future of currency? If you're unclear on what all the fuss is about, here's a brief introduction to just what it is, how it works, and some of the potential pitfalls it presents.

Bitcoin isn't a company but a virtual currency supported by a peer-to-peer computer-based electronic cash system first outlined in 2009 by an anonymous person or group using the name Satoshi Nakamoto. To understand how the currency works, you have to understand where it comes from. Unlike printed currency or coins that are minted, Bitcoin is created by "mining"--using complex software to solve complicated mathematical computations (or contracting with a mining company to do it for you). Solving a problem creates a so-called "block," and the computer that solved it is rewarded with a set number of digital bitcoins, each of which is simply a set of one public and one private cryptographic key. (The units are generally "bitcoins," while the general system is "Bitcoin.") The number of solutions that can be discovered globally per hour (and thus the number of "blocks" created and bitcoins mined) is limited by the system's software code. The total number of bitcoins available to be mined eventually is said to be limited to 21 million. However, most users acquire them either by buying them with physical currencies such as dollars or accepting them as payment for goods and services.

Advocates argue that the advantages of the system are: (1) it's not controlled by any government's central bank, (2) a global virtual currency facilitates global commercial transactions, (3) every block and Bitcoin transaction is recorded, and (4) though transactions are recorded, the payer and payee are anonymous, much like a cash transaction. (However, that anonymity has attracted charges that its chief use so far has been for illegal activities such as money laundering; in October 2013, the FBI shut down the Silk Road Bitcoin exchange and seized its assets.)

How does a Bitcoin payment work?

Just as a physical wallet holds paper money and change, a digital wallet stores the private software keys that are bitcoins. It makes or receives payments by communicating with the network of other Bitcoin wallets. Some merchants and services, especially those that focus on online or international sales, are starting to explore Bitcoin transactions. Physical bitcoins, which have a software key embedded in them, have begun to be minted. However, acceptance of bitcoins as payment is entirely at a seller's discretion; there is no guarantee you'll be able to spend them where you want to or get the value you expect. Also, as outlined below, problems at some exchanges have sometimes impeded access to Bitcoin funds.

Bitcoin's usage as a currency is a ripple compare to the tidal waves of investment speculation it has fueled. "Investing" in bitcoins simply means acquiring them through one of the methods outlined above. However, to say that Bitcoin as an investment is volatile is an understatement. Over its history, its value has fluctuated wildly as speculation and confidence in it have ebbed and surged. In April 2013, after rising from $90 to $260 over two weeks, a bitcoin's value plummeted to $130 in just six hours; since then, it has undergone multiple double-digit price swings.* Despite its lack of connection to any central bank, Bitcoin also has been vulnerable to actions by individual governments. After China cracked down in 2013 on virtual currency transactions by financial institutions and halted deposits of yuan at exchanges there, Bitcoin's worth in dollars was cut by more than half.**

That volatility has led to problems for people trying to make payments in bitcoins. It's hard to use a currency when you're not sure from day to day whether the amount in your virtual wallet is worth enough to buy a Range Rover or a tank of gas. Complicating the issue is the fact that the value can vary on different Bitcoin exchanges.

However, volatility is only one of the problems that has created havoc from time to time in the Bitcoin universe. The cybercurrency has been subject to cyberattacks that have halted trading briefly on several exchanges. And at one point, one of the largest exchanges abruptly declared bankruptcy and announced that nearly half a billion dollars' worth of bitcoins held there had vanished (though a portion of that amount was subsequently said to have been located). Worse than not knowing how much your bitcoins will buy is not knowing whether they're available to buy anything at all.

Hackers and bankruptcy aren't the only reasons Bitcoin holders could lose the ability to spend or exchange their funds. Because of the accusations of money laundering via Bitcoin, scrutiny of digital transactions is increasing. If a law enforcement agency seized the assets of a digital platform or exchange, as they did with Silk Road, access to digital wallets there could be restricted.

So far, regulatory oversight of Bitcoin has been spotty. The currency is not backed by either a government or any physical asset such as gold. Major exchanges are located around the world, and the decentralized nature of the system makes it more challenging for governmental regulators to get a handle on it. Unlike accounts at FDIC-insured banks, there is no protection for possible loss from a digital wallet. Also, unlike credit card charges, Bitcoin transactions are irreversible.

The Internal Revenue Service has said it will treat Bitcoin holdings as property rather than as a currency for tax purposes. That means that the sale or exchange of bitcoins that have gained in value since they were acquired could potentially trigger a tax liability. Also, payments made in bitcoins are subject to the same information reporting requirements as any other payments made in property. And wages paid in bitcoins must be reported on a W-2 form and are taxable as income, just as any other wages would be.

Speculation hasn't been limited to the currency itself. Much as the Internet did in its early days, Bitcoin also has spawned an entire ecosystem of startup companies and venture capitalists who want to be part of building out the technology and infrastructure involved in creating and transferring it. In addition to multiple exchanges, companies have begun providing data on the virtual currency's price and status and creating Bitcoin-based products. As with early Internet companies, such ventures are likely to involve a high degree of uncertainty and risk.

Obviously, virtual currency still faces a lot of challenges. If you're considering exploring it, either for transactions or as a speculative investment, you should become far more familiar with it than simply relying on this discussion. And because of the issues outlined above, you should be prepared for dramatic price swings and only use money that you aren't relying on for something else.

This material was prepared by Broadridge Investor Communication Solutions, Inc., and does not necessarily represent the views of  The Retirement Group or FSC Financial Corp. This information should not be construed as investment advice. Neither the named Representatives nor Broker/Dealer gives tax

or legal advice. All information is believed to be from reliable sources; however, we make no representation as to its completeness or accuracy. The publisher is not engaged in rendering legal, accounting or other professional services. If other expert assistance is needed, the reader is advised to engage the services of a competent professional. Please consult your Financial Advisor for further information or call 800-900-5867.