The Strong Dollar: Good or Bad 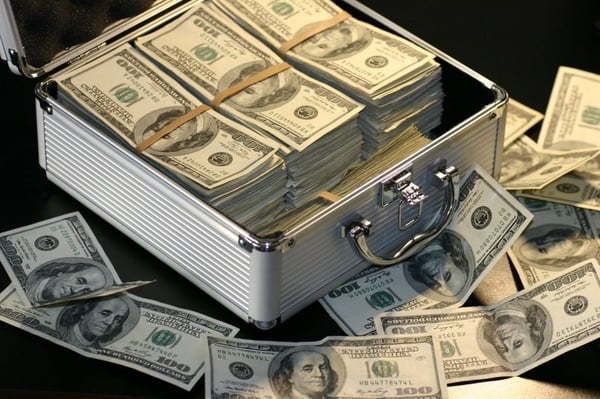 What is dollar strength & who invests in it?

You may have heard that the dollar is “strong” right now. You may have also heard that a strong dollar amounts to a headwind against commodities and stocks.

While there is some truth to that, there is more to the story. A strong dollar does not necessarily rein in the bulls, and dollar strength can work for the economy and the markets.

The U.S. Dollar Index has soared lately. Across July 2014-February 2015, the USDX (which measures the value of the greenback against key foreign currencies) rose an eyebrow-raising 19.44%.1

On March 9, the European Central Bank initiated its quantitative easing program. The dollar hit a 12-year high against the euro a day later, with the USDX jumping north more than 3% in five trading days ending March 10. Remarkable, yes, but the USDX has the potential to climb even higher.2,3

Before this dollar bull market, we had a weak dollar for some time. A dollar bear market occurred from 2001-11, partly resulting from the monetary policy that the Federal Reserve adopted in the Alan Greenspan and Ben Bernanke years. As U.S. interest rates descended to historic lows in the late 2000s, the dollar became more attractive as a funding currency and demand for dollar-denominated debt increased.

So why has the dollar strengthened? The quick, easy explanation is twofold. One, the Fed is poised to tighten while other central banks have eased, promoting expectations of a mightier U.S. currency. Two, our economy is healthy versus those of many other nations. The greenback gained on every other major currency in 2014 – a development unseen since the 1980s.4

This explanation for dollar strength aside, attention must also be paid to two other critical factors emerging which could stoke the dollar bull market to even greater degree.

At some point, liabilities will increase for the issuers of all that dollar-denominated debt. That will ramp up demand for dollars, because they will want to hedge.

Will the dollar supply meet the demand? The account deficit has been slimming for the U.S., and the slimmer it gets, the fewer new dollars become available. It could take a few years to unwind $9 trillion of dollar-denominated debt, and when you factor in a probable rate hike from our central bank, things get really interesting. The dollar bull may be just getting started.

If the dollar keeps rallying, what happens to stocks & commodities? Earnings could be hurt, meaning bad news for Wall Street. A strong dollar can curb profits for multinational corporations and lower demand for U.S. exports, as it makes them more expensive. U.S. firms with the bulk of their business centered in America tend to cope better with a strong dollar than firms that are major exporters. Fixed-income investments invested in dollar-denominated assets (as is usually the case) may fare better in such an environment than those invested in other currencies. As dollar strength reduces the lure of gold, oil and other commodities mainly traded in dollars, they face a real headwind. So do the economies of countries that are big commodities producers, such as Brazil and South Africa.6

The economic upside is that U.S. households gain more purchasing power when the dollar strengthens, with prices of imported goods falling. Improved consumer spending could also give the Fed grounds to extend its accommodative monetary policy.6

How are people investing in the dollar? U.S. investors have dollar exposure now as an effect of being invested in the U.S. equities market. Those who want more exposure to the rally can turn to investment vehicles specifically oriented toward dollar investing. European investors are responding to the stronger greenback (and the strong probability of the Fed raising interest rates in the near future) by snapping up Treasuries and corporate bonds with longer maturities.

Stocks can still rally when the dollar is strong. As research from Charles Schwab indicates, the average annualized return for U.S. stocks when the dollar rises has been 12.8% since 1970. For bonds, it has been 8.5% in the years since 1976. A dollar rally amounts to a thumbs-up global vote for the U.S. economy, and that can certainly encourage and sustain a bull market.7