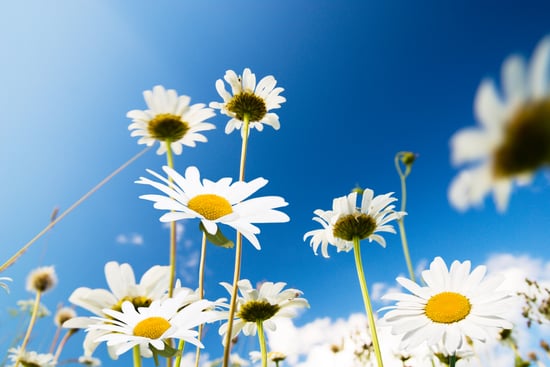 Suppose you've suffered a casualty or theft loss and want to know if it's tax deductible. When something you own is damaged, destroyed in an accident or by an act of nature, or stolen — and you aren't compensated by insurance — then you can sometimes claim a tax deduction. The casualty and theft deduction is an itemized deduction that you may take if you suffer a casualty and theft loss, as defined by the IRS, and if your loss exceeds 10 percent of your adjusted gross income (AGI) plus $100. For 2018 to 2025, a personal casualty loss is deductible only to the extent if is attributable to a federally declared disaster.

What Is a Casualty?

Did you suffer a casualty? A casualty is the destruction, damage, or loss of property caused by an identifiable event that is unusual, sudden, or unexpected. An unusual event is one that isn't an everyday occurrence. A sudden event is one that isn't gradual. An unexpected event is one that is ordinarily unanticipated and unintentional. Casualty losses can result from a number of different causes. You're probably most accustomed to hearing about losses from events such as earthquakes, hurricanes, tornadoes, floods, storms, vandalism, fires, and accidents. Losses from these types of occurrences are deductible. You might also suffer loss from termites, moths, disease, insects, progressive deterioration, or drought; however, these types of losses are generally not deductible.

How Do You Prove Loss from a Casualty?

A casualty loss isn't tax deductible unless you can prove it. It's your job to show (1) the type of casualty and when it occurred, (2) that the loss was a direct result of the casualty, and (3) that you were the owner of the property or, if you leased it, that you were contractually liable to the owner for the damage. You should gather as much supporting information as possible, including police reports, newspaper accounts, and insurance reports. These will help you prove your loss. To help prove the amount of your loss, list all lost, damaged, or destroyed items as soon after the event as possible.

Typically, casualty losses are deductible for federal income tax purposes only in the year in which the casualty occurs. But an exception exists for losses that occur in an area subsequently declared a federal disaster area by the President. If you incur a casualty loss in a Presidentially-declared disaster area, you can choose to deduct your loss either in the tax year the disaster happened or in the year prior to the disaster by filing an amended return. By electing to deduct your loss in the prior year, you may be entitled to an immediate refund. For more information on casualty loss deductions in Presidential disaster areas, see IRS Publication 547, Casualties, Disasters, and Thefts.

What Is a Theft?

Were you the victim of a theft? A theft is the unlawful taking and removing of money or property with the intent to deprive the owner of it. Theft includes, but isn't limited to, larceny, robbery, and embezzlement.

How Do You Prove Loss From a Theft?

If you had a loss because of a theft, you must show (1) when you discovered that your property was missing, (2) that your property was stolen, and (3) that you were the owner of the property. You should gather as much supporting information as possible, including police reports, newspaper accounts, and insurance reports. These will help you prove your loss. To help prove the amount of your loss, list all lost, damaged, or destroyed items as soon after the event as possible. If there is a reasonable prospect of recovering the items, you may not claim a deduction until the uncertainty is resolved.

How Much Can You Deduct?

Theft and casualty losses for individuals are subject to a dual limitation. First of all, you generally can't deduct the first $100 of any loss. So, if your $99 watch is stolen from your home, you may not deduct the loss. Second, even if your loss is over $100, you may only deduct casualty and theft losses when the total amount you lost in the year (after the $100 per casualty) exceeds 10 percent of your AGI.

Example(s): In June, Jill discovered that her house had been burglarized. Her loss after insurance reimbursement was $2,000. Her AGI is $29,500. Her theft loss is:

The amount of your loss is the smaller of (1) the decrease in fair market value of the property or (2) your adjusted basis in the property before the casualty or theft, minus any insurance or other reimbursement.

Fair market value (FMV) is the price for which you could sell the property to a willing buyer when you both know the relevant facts about the property. The decrease in FMV is the difference between the property's value immediately before and after the casualty or theft. The FMV of property immediately after a theft is zero because you no longer have it. The adjusted basis is usually your cost, increased or decreased for improvements and losses.

Example(s): Several years ago, Jack purchased silver dollars at a face value of $150. This is Jack's adjusted basis in the property. His silver dollars were stolen this year. The FMV of the coins was $1,000 when stolen, and insurance didn't cover them. Jack's theft loss is $150. After subtracting $100, $50 is the deductible amount.

If your theft or casualty loss exceeds your gross income for the year, the excess may be treated as a net loss and carried back and over to other tax years.

Theft or casualty losses to business or income-producing property aren't subject to the 10 percent + $100 limitation; rather, they are deducted from AGI in full.

Your loss is: Your basis in the property (without regard to FMV) minus:

Let's say your mobile home is destroyed by a tornado but you live in Kansas so you have insurance to cover this type of loss. You must file a timely insurance claim and take into account any reimbursement when claiming the deduction. The amount you may deduct is reduced by any amount your insurance company gives you or by any other reimbursement you receive. Assume that instead of being destroyed by a tornado, your mobile home floated away in the latest Mississippi flood. Unless you specifically purchased flood insurance, your mobile home insurance probably doesn't cover this type of loss. In this case, you may take the deduction as if you had no insurance at all.

Example(s): Jack's home and the homes of other people were extensively damaged by a tornado. Jack's loss after reimbursement from his insurance company was $10,000. Jack's employer set up a disaster relief fund for Jack and his other employees. Employees receiving money from the fund had to use it to rehabilitate or replace their damaged or destroyed property. Jack received $5,000 from the fund and spent the entire amount on repairs to his home. In figuring his casualty loss, he must reduce his unreimbursed loss ($10,000) by the $5,000 he received from his employer's fund. Jack's casualty loss before applying the deduction limits is $5,000.

Example(s): Hurricane Rick damaged Jill's home and most valued possessions. Relatives and neighbors made cash gifts to her that were excludable from her income, and she applied part of the cash gifts to the cost of repairing her home. There were no limits or restrictions on how she could use the cash gifts. The money Jill received as excludable gifts and used to pay for repairs to her home doesn't reduce the amount she can deduct as a casualty loss on the damaged home.