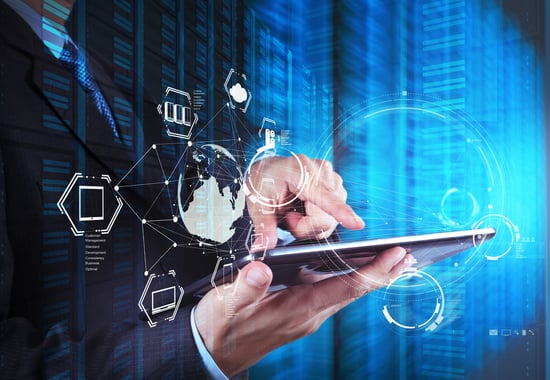 The Tax Relief, Unemployment Insurance Reauthorization, and Job Creation Act of 2010 (the 2010 Tax Act) was signed into law in December 2010. This law contained dramatic changes to the federal gift and estate tax and the federal generation-skipping transfer (GST) tax. These changes were temporary — for 2011 and 2012 only. However, the American Taxpayer Relief Act of 2012 (the 2012 Act), signed into law in January 2013, permanently extended the provisions in the 2010 Act, except that the 2012 Act increased the top transfer tax rate to 40 percent starting in 2013. The Tax Cuts and Jobs Act temporarily doubled the gift and estate tax basic exclusion amount and the GST exemption to $11.18 million in 2018 (indexed annually for inflation).

The Economic Growth and Tax Relief Reconciliation Act of 2001 (EGTRRA) significantly changed the federal gift and estate tax and the GST tax for the years 2001 through 2010. The maximum tax rates gradually decreased from 55 percent to 45 percent (35 percent for gift tax) and the exemptions gradually increased from $675,000 to $3.5 million ($1 million for gift tax). The provisions of EGTRRA repealed the estate and GST taxes (but not the gift tax) for 2010; then, for 2011, reinstated the tax rules that were in effect prior to EGTRRA. Also, from 2004 through 2010, the gift tax was "dis-unified" from the estate tax.

Modified Carryover Basis In 2010 Under EGTRRA

Generally, for tax years prior to 2010, a taxpayer's income tax basis in property acquired from a decedent was stepped up (or stepped down) to the property's fair market value on the date of death. If the property acquired from the decedent had increased in value, the unrealized gain permanently escaped income taxation. Conversely, if the property had declined in value, the unrealized loss was not recognized either by the decedent or the heir. In addition, the long-term capital gains holding period applied automatically. Because of this, taxpayers generally did not need to maintain basis information for assets that would be distributed at death.

Under EGTRRA, for deaths occurring in 2010 only, a modified carryover basis regime was substituted for the stepped-up basis rules. Under these rules, a recipient of property transferred from a decedent received a basis equal to the lesser of the decedent's basis or the fair market value of the property on the decedent's date of death. This carryover basis is then stepped up by an aggregate amount of $1.3 million, and property passing to the spouse of the decedent is stepped up by an aggregate amount of $3 million (but no interest in property acquired from the decedent is stepped up above its fair market value). There is also a carryover of the holding period. Thus, documentation of cost basis and acquisition dates is necessary.

Caution: Under both the modified carryover basis and the stepped-up basis rules, income in respect of a decedent does not receive a step-up in basis. Thus, for example, distributions from a qualified plan or a traditional IRA that you received from a decedent may be fully taxable to you.

Just days before the sunset provisions of EGTRRA were to take effect, the 2010 Tax Act became law. Among other things, the 2010 Tax Act repealed the repeal of the estate and GST taxes for 2010, and, for the next two years, set the maximum tax rates at 35 percent, increased the gift and estate tax applicable exclusion amount to $5 million (and increased the GST tax exemption to $5 million as well), made the applicable exclusion amount "portable," and extended the repeal of the state death tax credit and the allowance of the state death tax deduction. Then, in the first days of 2013, the 2012 Act permanently extended the provisions in the 2010 Act, except that the 2012 Act increased the top transfer tax rate to 40 percent starting in 2013.

Repeal of The Repeal

Election Out of The Estate Tax for 2010

Under the 2010 Tax Act, executors of estates of persons dying in 2010 were given the choice of either the estate tax regime (with the step-up in basis rules) or electing out of the estate tax (with the modified carryover basis rules). Executors had to make an affirmative election to opt in to carryover basis. Absent such an election, the traditional automatic basis step-up rules will apply to assets passing as a result of deaths occurring in 2010.

Estates that elect to opt out of the estate tax are also required to file Form 8939, Allocation of Increase in Basis for Property Acquired From a Decedent. Originally, the IRS stated that generally Form 8939 was to be filed along with the decedent's final Form 1040 no later than April 18, 2011. Subsequently, the IRS said Form 8939 must be filed within 90 days after Form 8939 is finalized.

The Tax Cuts and Jobs Act doubled the gift and estate tax basic exclusion amount and the GST exemption to $11.18 million in 2018 (indexed annually for inflation). The amounts are $11.58 million in 2020. After 2025, the amounts are scheduled to revert to their level prior to 2018 and be cut by about one-half.

The following table illustrates the status of the federal transfer tax rates and exclusions/exemptions:

*DSUEA stands for deceased spouse's unused exclusion amount, and refers to the concept of portability of the estate tax exclusion between spouses (see below for more information).

The ability to transfer the estate tax exclusion to the surviving spouse is referred to as "portability." Portability gives married couples the ability to exclude up to $23,160,000 of assets from gift and estate tax. Before the 2010 Tax Act created the concept of the deceased spouse's unused exclusion amount (DSUEA), a married couple would often preserve the estate tax exclusion of the first spouse to die by setting up a bypass trust arrangement (often referred to as an A/B trust arrangement).

Example(s): Assume that Spouse 1 dies in 2011, having made taxable transfers of $3 million and having no taxable estate. An election is made on Spouse 1's estate tax return to permit Spouse 2 to use Spouse 1's DSUEA. Spouse 2 has made no taxable gifts. Thereafter, Spouse 2's exclusion is $13,580,000 (his or her $11,580,000 "basic" exclusion amount in 2020 plus $2 million of Spouse 1's unused exclusion), which Spouse 2 may use for lifetime gifts or for transfers at death.

For many couples, the simplicity of portability along with the second step-up in basis for appreciated assets (which a credit shelter trust does not receive) may seem attractive. However, portability does have certain drawbacks that the married couple must consider when creating their estate plan.