Income in Respect of a Decedent 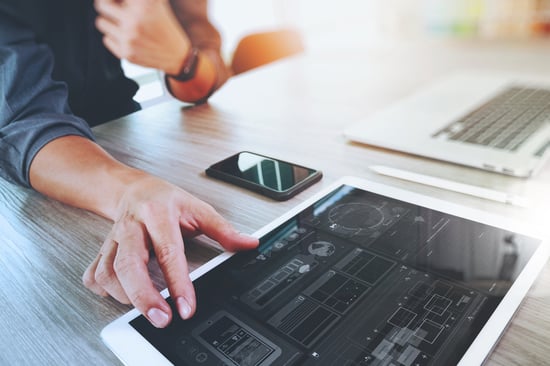 Taxpayers are generally required to recognize income for federal income tax purposes in the year in which it is received. If, however, someone dies before receiving income to which he or she is entitled, that income is not included on his or her final income tax return. Instead, such income, referred to as "income in respect of a decedent," or IRD, is included as gross income in the decedent's estate for federal estate tax purposes. And, IRD also becomes taxable income to the person or entity who ultimately receives it (in direct contrast to the general rule that inherited property is not included in an heir's taxable income).

The inclusion of IRD on both the estate tax return (Form 706) and the recipient's income tax return creates the potential for double taxation. Fortunately, to avoid this result, the tax code provides an income tax deduction for any estate tax paid that is attributable to IRD.

According to the Internal Revenue Code, IRD represents "those amounts to which a decedent was entitled to receive as gross income but which were not properly includable in computing taxable income for the taxable year ending with the date of his death." In plain English, IRD is income the decedent earned but did not receive prior to death. Common sources of IRD include:

Who Owes Income Tax on IRD?

The character of the income taxed to the recipient is the same as it would have been in the hands of the decedent; capital gains are taxed as capital gains, and compensation and interest are taxed as ordinary income. There is no step-up in basis for IRD items.

Deductions in Respect of a Decedent

There are also deductions in respect of a decedent (DRD), which can offset IRD. DRD items are deductible expenses that were owed at the time of death, but not yet paid. Such items might include real estate taxes, state income tax, and deductible interest. As with IRD, DRD can be taken on both the estate tax return and the beneficiary's income tax return, and must be deducted in the same manner as the decedent would have taken the deduction. The deduction can be taken by the IRD recipient who is obligated to and actually pays the DRD items. DRD items are deductible in the year in which they are paid.

If DRD is taken on the estate tax return, the income tax deduction for estate tax paid on IRD is limited to net IRD (IRD minus DRD).

If estate tax is paid on IRD, a deduction can be claimed on the income tax return that must report the IRD. For individual taxpayers, the deduction is available (as a miscellaneous deduction) only if they itemize. The deduction, however, is not subject to the 2% AGI floor for miscellaneous itemized deductions.

The deduction is calculated by recomputing Form 706 without IRD, then subtracting this number from the original estate tax due. The difference is the estate tax on IRD and the amount of the total deduction.

The IRD recipient's portion of the deductible tax must then be determined by:

If IRD items will make up a large portion of your estate, failing to plan for them may have unintended results. For example, say you leave your house to your son and your IRA (composed of deductible contributions and earnings) to your daughter. If the house and the IRA have the same market value, your daughter will end up receiving less than your son because she will have to pay income taxes on each IRA distribution she receives. You can avoid such results by properly allocating IRD items.

Here are some strategies to consider: