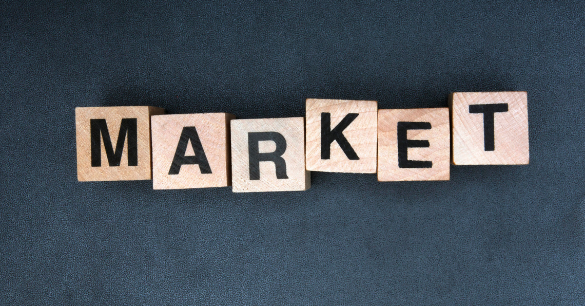 February began on a high note as investors drew encouragement from strong fourth-quarter earnings reports and encouraging employment data. However, news was not all positive. The COVID-related death toll in the United States reached 500,000. Nevertheless, two vaccines were rolled out last month, with a third one on tap for release in March.

While rhetoric surrounding additional fiscal stimulus continued throughout the month, February saw no congressional deal reached. However, the Federal Reserve continued to offer assurances that continued accommodative measures would remain in place for the foreseeable future.

Last month also offered more evidence that the economy is slowly regaining some positive momentum. The employment report included the addition of about 50,000 new jobs. The number of unemployed continues to drop, but remains significantly above pre-pandemic levels. The fourth-quarter GDP advanced 4.1%. Industrial production advanced for a second consecutive month, and the housing sector maintained impressive strength.

The yield on 10-year Treasuries gained 37 basis points. The dollar inched ahead, and crude oil prices surged past $60.00 per barrel after climbing over 18.0% in February. Gold fell for the second consecutive month.

The economy continues to show signs of recovery. Decreasing numbers of COVID cases and increasing distribution of vaccines provide some measure of optimism that some semblance of normalcy is approaching. Focus will be on the FOMC, which meets in March for the first time since January. The Committee could project a timeline for scaling back the quantitative easing that has been in place for more than a year.

Data sources: Economic: Based on data from U.S. Bureau of Labor Statistics (unemployment, inflation); U.S. Department of Commerce (GDP, corporate profits, retail sales, housing); S&P/Case-Shiller 20-City Composite Index (home prices); Institute for Supply Management (manufacturing/services). Performance: Based on data reported in WSJ Market Data Center (indexes); U.S. Treasury (Treasury yields); U.S. Energy Information Administration/Bloomberg.com Market Data (oil spot price, WTI Cushing, OK); www.goldprice.org (spot gold/silver); Oanda/FX Street (currency exchange rates). News items are based on reports from multiple commonly available international news sources (i.e. wire services) and are independently verified when necessary with secondary sources such as government agencies, corporate press releases, or trade organizations. All information is based on sources deemed reliable, but no warranty or guarantee is made as to its accuracy or completeness. Neither the information nor any opinion expressed herein constitutes a solicitation for the purchase or sale of any securities, and should not be relied on as financial advice. U.S. Treasury securities are guaranteed by the federal government as to the timely payment of principal and interest. The principal value of Treasury securities and other bonds fluctuate with market conditions. Bonds are subject to inflation, interest-rate, and credit risks. As interest rates rise, bond prices typically fall. A bond sold or redeemed prior to maturity may be subject to loss. Past performance is no guarantee of future results. All investing involves risk, including the potential loss of principal, and there can be no guarantee that any investing strategy will be successful.