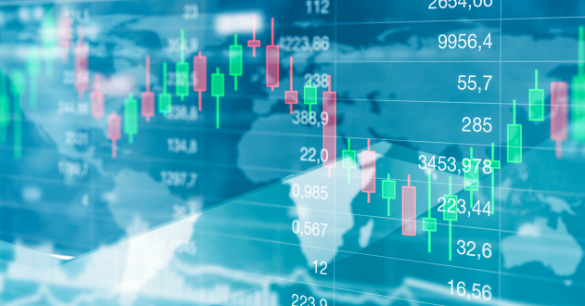 The Markets (as of market close May 28, 2021)
Stocks were volatile in May, likely a reflection of strength in the U.S. economy as well as concerns about inflation and the timing of when the Federal Reserve might begin to taper its accommodative policies. Regarding inflation, members of the Federal Open Market Committee acknowledged that prices may run higher than the 2.0% target set by the Committee due to transitory supply-chain bottlenecks, which are expected to fade.
Strong first-quarter corporate earnings reports, coupled with declining jobless claims, helped bolster equities during May. Stocks began the month on a high note, despite a lower-than-expected jobs report.

Stocks retreated mid-month as inflation indicators pointed to price growth, while cryptocurrency volatility added to investor uncertainty. Nevertheless, stocks rebounded during the last week of May to pull the major market indexes higher, with only the Nasdaq failing to outperform its April value. Otherwise, the Global Dow led the benchmarks for the month, followed by the Dow, the S&P 500, and the Russell 2000. Year to date, the Global Dow is up nearly 17.0%, followed by the Russell 2000, the Dow, the S&P 500, and the Nasdaq.


Eye on the Month Ahead
The easing of COVID-related restrictions in June should encourage for more travel. Labor should see more new jobs added, while unemployment claims are expected to decrease. Overall, economic activity is expected to pick up. However, rising inflation will remain in a concern, especially based on April's Consumer Price Index and Personal Income and Outlays report.