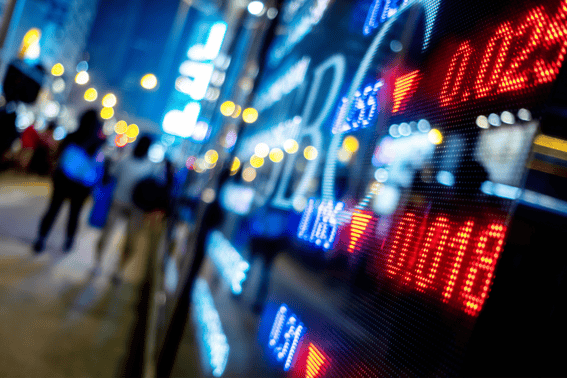 Last week began with a bang. The Dow climbed 1.4% to reach 28,300 for the first time since February. Investors were encouraged by word that the Trump administration may push the Food and Drug Administration to approve vaccines and treatments for the COVID-19 virus. While the rhetoric may be more bark than bite, it was enough to push market indexes to record highs. The Nasdaq advanced 0.6%, and the S&P 500 rose 1.0%, each reaching all-time highs. The Russell 2000 gained 1.0%, and the Global Dow picked up 1.5%. The dollar, Treasury yields, and crude oil prices all rose. Sectors that enjoyed a strong start to the week were energy, financials, and industrials. Technology and health care also posted modest advances.


Last Tuesday saw stocks advance despite weakening consumer confidence. Word that the United States and China intend to honor their commitment to the phase-one trade deal offered some encouragement for investors. The Nasdaq and the S&P 500 reached new highs, while the Global Dow (0.2%) and the Russell 2000 (0.2%) posted modest gains. Of the indexes listed here, only the Dow lost value. Crude oil prices and the dollar fell, while Treasury prices dropped, pushing yields higher.


Stocks were mixed last Thursday with the Dow, the S&P 500, and the Russell 2000 posting gains, while the Nasdaq and the Global Dow fell. Crude oil prices fell, the dollar was mixed, and Treasury yields surged. As expected, Federal Reserve Chair Jerome Powell indicated that the Fed would continue its accommodative measures and allow the economy to expand essentially without reins until it nears the Fed's 2.0% target rate for inflation. Financials, real estate, and health care performed well on the day, while communications, tech, and energy lagged.


Last week ended on a high note for stock indexes. The Dow and the Nasdaq advanced 0.6%, respectively last Friday. The S&P 500 gained 0.7% to reach an all-time high for the sixth consecutive trading session. The Russell 2000 climbed 0.9% on the day, and the Global Dow climbed 0.7%. Crude oil prices declined on the day, and the dollar fell to its lowest level in nearly two years.


For the week, each of the benchmark indexes posted solid gains, led by the Nasdaq, and followed by the S&P 500, the Global Dow, the Dow, and the Russell 2000. Investors were buoyed by optimism about COVID-19 treatments and vaccines, assurances that the Federal Reserve will continue its accommodative stance, low interest rates, and muted inflation. Year to date, the Dow finally passed its 2019 closing value, joining the Nasdaq and the S&P 500.

Important economic reports focusing on manufacturing, trade, and employment are out this week. Purchasing managers reported that manufacturing advanced in July for the first time in several months. August should show continued progress. The goods and services trade deficit was smaller in June than in the prior months. The July trade deficit is expected to expand further. There were nearly 1.8 million new jobs added in July. August's figures may not be as robust.