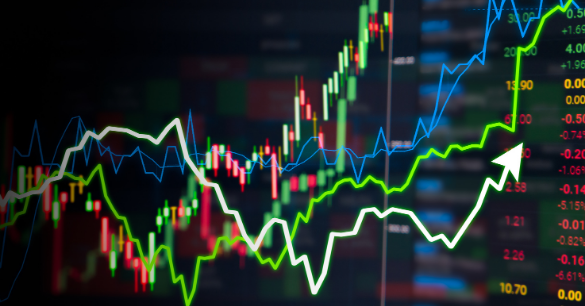 Last week started out poorly for equities as investors saw the faint hope of pre-election financial stimulus fade. The major indexes fell to their lowest levels in nearly two weeks by the close of trading last Monday. The Nasdaq and S&P 500 each dropped 1.6%, respectively. The Dow fell 1.4%, the Russell 2000 dipped 1.2%, and the Global Dow lost 0.4%. Treasury bond prices fell, driving yields higher. Crude oil prices and the dollar also lost value. All of the major market sectors closed in the red with energy, information technology, financials, real estate, and health care each falling by at least 1.5%.


Equities rebounded last Tuesday. Investors may have been looking to scoop up some discounted stocks or were encouraged by a glimmer of hope for fiscal stimulus before the election. In any case, each of the benchmarks posted moderate gains, led by the S&P 500 (0.5%), followed by the Dow (0.4%), the Global Dow (0.4%), the Nasdaq (0.3%), and the Russell 2000 (0.3%). Treasury yields and crude oil prices rose while the dollar fell. Among the major market sectors, energy, communication services, consumer discretionary, financials, and real estate were solid. COVID-19 news was mixed with the number of confirmed cases rising, countered by encouraging vaccine reports.


The prior day's market rebound was short lived as stocks fell last Wednesday. While Democrats and the White House seemed to near a fiscal stimulus package, it does not appear that anything will happen before the November election. The major market indexes ended a volatile day finishing lower, led by the Russell 2000 (-0.9%), followed by the Dow (-0.4%), the Nasdaq (-0.3%), the S&P 500 (-0.2%), and the Global Dow (-0.2%). Most of the major market sectors fell, with energy dropping nearly 2.0%. Crude oil and the dollar lost value while Treasury yields rose.


Investors continue to be influenced by reports emanating from the ongoing negotiations over additional virus-related fiscal stimulus. This time, it was House Speaker Nancy Pelosi who told reporters last Thursday that a deal is "just about there." That encouraging piece of news was enough to send stocks higher, with each of the benchmark indexes listed posting gains. Treasury yields also rose as bond prices slipped. Crude oil prices jumped 1.6%, and the dollar gained against a basket of currencies. Energy, financials, utilities, and health care gained on the day, while tech stocks fell.


Stocks were mixed by the close of trading last Friday. Poor performance from energy and technology offset strength in financials, materials, health care, and consumer discretionary. The Dow fell 0.1%, while the remaining benchmark indexes gained value, led by the Russell 2000 (0.6%), followed by the Global Dow (0.6%), the Nasdaq (0.4%), and the S&P 500 (0.3%). Treasury yields fell, pulled down by rising bond prices. Crude oil prices dropped 2.2% on the day, and the dollar fell. Investors were apparently unaffected by a lack of movement on the fiscal stimulus talks and last Thursday nights presidential debate.


Stimulus rhetoric aside, earnings reporting season is in full force and the results have been mixed, which certainly impacted stock values. For the week, the major indexes were mixed with the Global Dow and the Russell 2000 posting moderate gains, while the Dow, the Nasdaq, and the S&P 500 lost value. Year to date, the Dow fell below its 2019 closing value leaving only the Nasdaq and the S&P 500 ahead of their respective year-end marks.

The last week of October brings with it plenty of important economic reports that can move the market. The first estimate of the third-quarter gross domestic product is available. The economy contracted at an annual rate of 31.4% in the second quarter, largely due to the impact of COVID-19. At the end of this week, the latest information on personal income, expenditures and consumer prices for September is released. Personal income dropped 2.7% in August, while prices for consumer goods and services inched up only 0.3%.


Data sources: Economic: Based on data from U.S. Bureau of Labor Statistics (unemployment, inflation); U.S. Department of Commerce (GDP, corporate profits, retail sales, housing); S&P/Case-Shiller 20-City Composite Index (home prices); Institute for Supply Management (manufacturing/services). Performance: Based on data reported in WSJ Market Data Center (indexes); U.S. Treasury (Treasury yields); U.S. Energy Information Administration/Bloomberg.com Market Data (oil spot price, WTI, Cushing, OK); www.goldprice.org (spot gold/silver); Oanda/FX Street (currency exchange rates). News items are based on reports from multiple commonly available international news sources (i.e., wire services) and are independently verified when necessary with secondary sources such as government agencies, corporate press releases, or trade organizations. All information is based on sources deemed reliable, but no warranty or guarantee is made as to its accuracy or completeness. Neither the information nor any opinion expressed herein constitutes a solicitation for the purchase or sale of any securities, and should not be relied on as financial advice. Past performance is no guarantee of future results. All investing involves risk, including the potential loss of principal, and there can be no guarantee that any investing strategy will be successful.