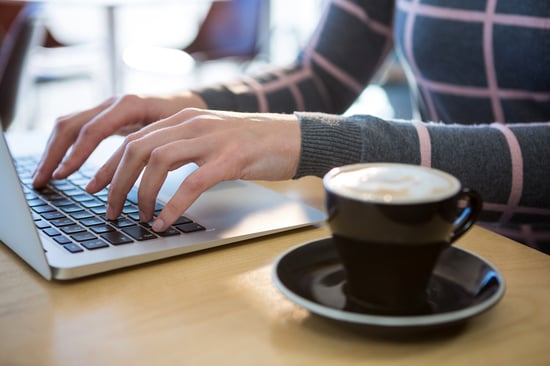 What Is A Net Operating Loss (NOL)?

When business deductions exceed business income, a net operating loss (NOL) may occur. A taxpayer can use an NOL to offset taxable income from other tax years.

An NOL must be caused by losses from business sources. You must recalculate the taxable loss for the year excluding all nonbusiness source income and deductions.

Some specific points in calculating NOL:

Caution: Special rules apply if you're subject to the alternative minimum tax (AMT).

The procedure for carrying back and carrying over an NOL depends largely on whether your NOL was incurred before August 6, 1997, after August 5, 1997 and before 2018, in a tax year ending in 2001 or 2002, in a tax year beginning or ending in 2008 or 2009, or (generally) in a tax year after 2017. The general rule in all cases is that you must carry back to prior tax years (if any) before carrying over to future tax years. You can, though, make an irrevocable election to forgo the carryback years (see below).

You could carry back the NOL to the third preceding tax year before the NOL year. If the NOL wasn't completely used up, you carry it over for up to 15 years after the NOL year.

You carry back the NOL to the second preceding tax year before the NOL year. If the NOL isn't completely used up, you carry it over for up to 20 years after the NOL year.

For eligible losses, you carry back the NOL to the third preceding tax year before the NOL year. If the NOL isn't completely used up, you carry it over for up to 20 years after the NOL year. Eligible losses include casualty and theft losses and losses attributable to presidentially declared disasters sustained by farmers and small businesses.

The Job Creation and Worker Assistance Act of 2002 temporarily extended the two-year carryback period (and the three-year carryback period for NOLs arising from casualty and theft losses of individuals or attributable to certain presidentially declared disaster areas) to five years for taxpayers who have NOLs for any taxable year ending during 2001 or 2002.

The American Recovery and Reinvestment Act of 2009 allowed eligible small businesses to elect to extend the general two-year net operating loss (NOL) carryback period for 2008 net operating losses to three, four, or five years. An eligible small business was defined as a taxpayer meeting a maximum $15,000,000 gross receipts test. The provision applied to an eligible taxpayer's NOL for any taxable year ending in 2008, or if elected by the taxpayer, the NOL for any taxable year beginning in 2008. However, the election was allowed only with respect to one taxable year.

The Worker, Homeownership, and Business Assistance Act of 2009 provides for an election similar in nature to the NOL carryback provision in the American Recovery and Reinvestment Act:

Recovery and Reinvestment Act of 2009 can still elect to carry back a 2009 NOL under the provisions of this Act. The Worker, Homeownership, and Business Assistance Act of 2009 specifically excludes certain taxpayers. For example, a business in which the Federal government acquired an equity interest pursuant to the Emergency Economic Stabilization Act of 2008 is not eligible for the election.

The Gulf Opportunity (GO) Zone Act of 2005 provides a special five-year carryback period for NOLs to the extent of certain specified amounts related to Hurricane Katrina or the GO Zone. The amount of the NOL that is eligible is limited to the aggregate amount of the following deductions:

The special carryback period applies to losses paid or incurred on or after August 28, 2005 and before January 1, 2008. Taxpayers can irrevocably elect out of this special treatment.

Tip: Under the Food, Conservation, and Energy Act of 2008 (otherwise known as the Farm Bill), the five-year NOL carryback period for certain amounts related to Hurricane Katrina or the GO Zone, see above, applies to the Kansas Presidential Disaster Area. The Kansas Presidential Disaster Area is the area declared and determined by the President to warrant individual or individual and public assistance from the federal government with respect to damages attributable to storms and tornados that began May 4, 2007. (Counties affected include Barton, Clay, Cloud, Comanche, Dickinson, Edwards, Ellsworth, Kiowa, Leavenworth, Lyon, McPherson, Osage, Osborne, Ottawa, Phillips, Pottawatomie, Pratt, Reno, Rice, Riley, Saline, Shawnee, Smith, and Stafford.)

Tip: Under the Emergency Economic Stabilization Act of 2008, the five-year NOL carryback period is also applied to the Midwestern Disaster Area. The Midwestern Disaster Area is generally the area (A) with respect to which a major disaster has been declared by the President on or after May 20, 2008 and before August 1, 2008, under section 401 of the Robert T. Stafford Disaster Relief and Emergency Assistance Act by reason of severe storms, tornados, or flooding occurring in any of the States of Arkansas, Illinois, Indiana, Iowa, Kansas, Michigan, Minnesota, Missouri, Nebraska, and Wisconsin, and (for most provisions) (B) determined by the President to warrant individual or individual and public assistance from the Federal Government under such Act with respect to damages attributable to such severe storms, tornados, or flooding.

In general, you can't carry back the NOL to any year before the NOL year. (You can carry back certain farming loss NOLs to the second preceding tax year before the NOL year.) If the NOL isn't completely used up, you carry it over indefinitely for any number of years after the NOL year until it is used up. The maximum NOL deduction allowed for a year is equal to the lesser of (1) the aggregate carryovers or carrybacks to the year, or (2) 80 percent of taxable income (computed without regard to the NOL deduction).

You can elect to forgo the carryback years (if any) and use the NOL only in the succeeding carryover years after the NOL year. The election is irrevocable and must be made on a timely filed return (including extensions) for the NOL year. To make this election, attach the following statement to the return: "The taxpayer elects to forgo the net operating loss carryback period under Section 172(b) (3) of the Internal Revenue Code."

If an NOL isn't fully absorbed in the year to which it is carried, you need to calculate the unused amount that you can carry forward to the next year. For purposes of calculating the unused NOL to be carried forward, you must modify taxable income for the following: