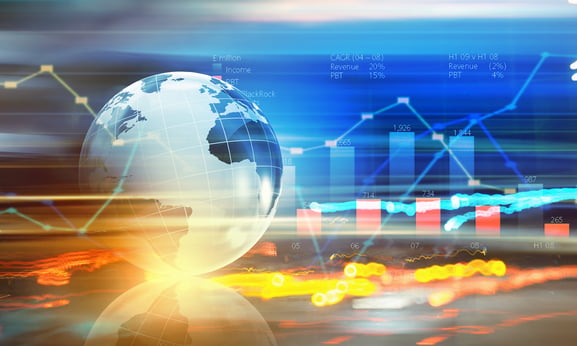 One way to consider a stock fund is to look at the market capitalization, or market cap, of the stocks in which it invests. Market capitalization represents the total market value of a company's publicly traded and outstanding stock. If a company has issued 10 million shares, each of which sells for $20, its market cap is $200 million.

Why is market capitalization important? Because it's derived from share price, it represents the collective assessment of the investing community about a company's overall worth. As such, it includes not just the company's book value--the value of its assets--but also investors' view of the company's future; a large amount of stock outstanding coupled with a high stock price suggests that a large number of investors have a high opinion of the company.

Market cap also generally indicates how widely held a stock is. Though it's possible for a stock with a large market cap to have a dominant single shareholder, in general, the larger the market cap, the greater the number of investors. The more widely held a stock is, the greater liquidity it has and the more easily it can be traded. That greater liquidity may mean a more stable stock price.

A stock that's held by a large number of investors is likely to be more stable than that of a small cap stock that is thinly traded. A single investor's decision to buy or sell would likely have less impact on the stock price if there are 50,000 other investors than if there are only 1,000 other stockholders. (However, that doesn't mean large-cap stocks will outperform smaller caps, and other factors can affect even the most stable stock's value.) From a mutual fund investor's perspective, all of this is important because a fund generally reflects the characteristics of the stocks it holds. A large-cap fund might behave somewhat differently from a fund that concentrates on small caps.

Caution: Before investing in a mutual fund, carefully consider its investment objectives, risks, fees, and expenses, which can be found in the prospectus available from the fund. Read it carefully before investing. All investing involves risk, including the potential loss of principal, and there can be no guarantee that any investing strategy will be successful.

A large-cap mutual fund would generally invest in stocks with a market cap of at least $10 billion. Such stocks are often widely held by both individual and institutional investors, so the potential pool of buyers is large. Because they are bought and sold frequently every day that can mean a smaller bid-ask spread (the difference between the lowest prices a seller will accept and the highest price a buyer is willing to pay). Tighter bid-ask spreads can mean lower trading expenses for a large-cap fund. Large-cap stocks often pay dividends, and are frequently well-known household names; however, because the companies are already so large, growth may be more difficult for them to achieve.

A midcap fund would generally invest in stocks with market caps of between $2 billion and $10 billion. Midcaps are often seen as having much of the liquidity of large caps while offering greater potential for future growth.

Though the precise definition of "small cap" can vary, a fund that holds stocks with a market cap between $200 million and $2 billion would probably be considered a small-cap fund. Small-cap funds are generally the most volatile; because small-cap stocks are often younger, faster-growing companies with fewer resources, their stock prices can be greatly affected by market events such as a credit crunch, not to mention the business risks of any growing company. However, small caps also have historically offered the highest returns over time because of their greater potential for growth, though past performance is no guarantee of future results.

Some funds focus on even smaller stocks, known as microcaps, whose market caps would generally be under $200 million. Such stocks would typically have the least liquidity, and therefore would typically have higher bid-ask spreads, which would in turn affect a fund's trading costs.